This volume encompasses books one and two of the six-volume series. You all know how much I have loved this series!

He’s currently listing Blood Ties free on Amazon, so you can try it out risk free! If you like it, pick up Volume One! There will be two more volumes to follow. I hope you all love Jake an the gang as much as I do!

Here is the link to Quincy’s site with even more book info: http://www.quincyallen.com/blood-war-chronicles-volume-one/

Here are my previous reviews of the two included volumes:

She has a rule. He has two problems.

But can one night lead to forever?

Emma – I’ve sworn never to date another man in the military. It’s non-negotiable. Not only was I burned, but my mom, too.

Except the hot Marine I spent one-night with just popped back into my life as the EOD tech I’m working with on an assignment.

Especially since Vince in real life is even more irresistible than the sexy stranger at the wedding. Too bad it won’t work. It can’t.

But maybe my fling with a Marine can turn into friends with benefits situation this second time around.

Vince – Before my holiday break home in Newport, I’ll be spending time with Emma–the hot caterer I had one amazing night with at my brother’s wedding.

She’s full of contradictions. And I can’t resist a puzzle. Or a beautiful woman I have chemistry with. I won’t be here for long, so we can’t enjoy ourselves for a little while?

When someone breaks into her apartment, my interest in her grows. I need to ensure she’s safe.

Can I protect Emma while shielding both of our hearts? Or will we end up casualties in the explosion?

Look what I just picked up!!! (Later than probably everyone else…Thanks work!!) isn’t it pretty??!!

I’m so excited to dive in! Warning: I may be a bit getting a review posted. I’m reading a couple of ARCs at the same time (I have Liam’s book from Aimee Brown, y’all!) and I still have school full-time, but I’ll get it read and a review out for y’all ASAP! In the meantime, let me know what you think!!

It’s been a while (aside from a review here and there). I hope that you’re all doing well! Things are still super busy here, but I have missed being able to talk books with you all so much! I’m going to try to get back to posting at least semi-regularly for now.

So, let’s catch up on the latest!! There are a couple of things that are coming up in the next few weeks/months that I’m super excited about, and a couple that have been announced but, sadly, no dates yet (so that I can pine away looking at my planner).

Next Up: Twilight news!! I never thought that I would be announcing that!! The book that we never thought was coming is coming out in August, y’all! If any of you are Twilight fans, you’ll remember the disappointment at the announcement that Midnight Sun would not be completed and released as the first chapters of it were leaked online. Many years later, we are being given the book from Edward’s perspective that we (yes we, I’m a fan, too- hate me!) have been wanting! It’s set to release on August 4. 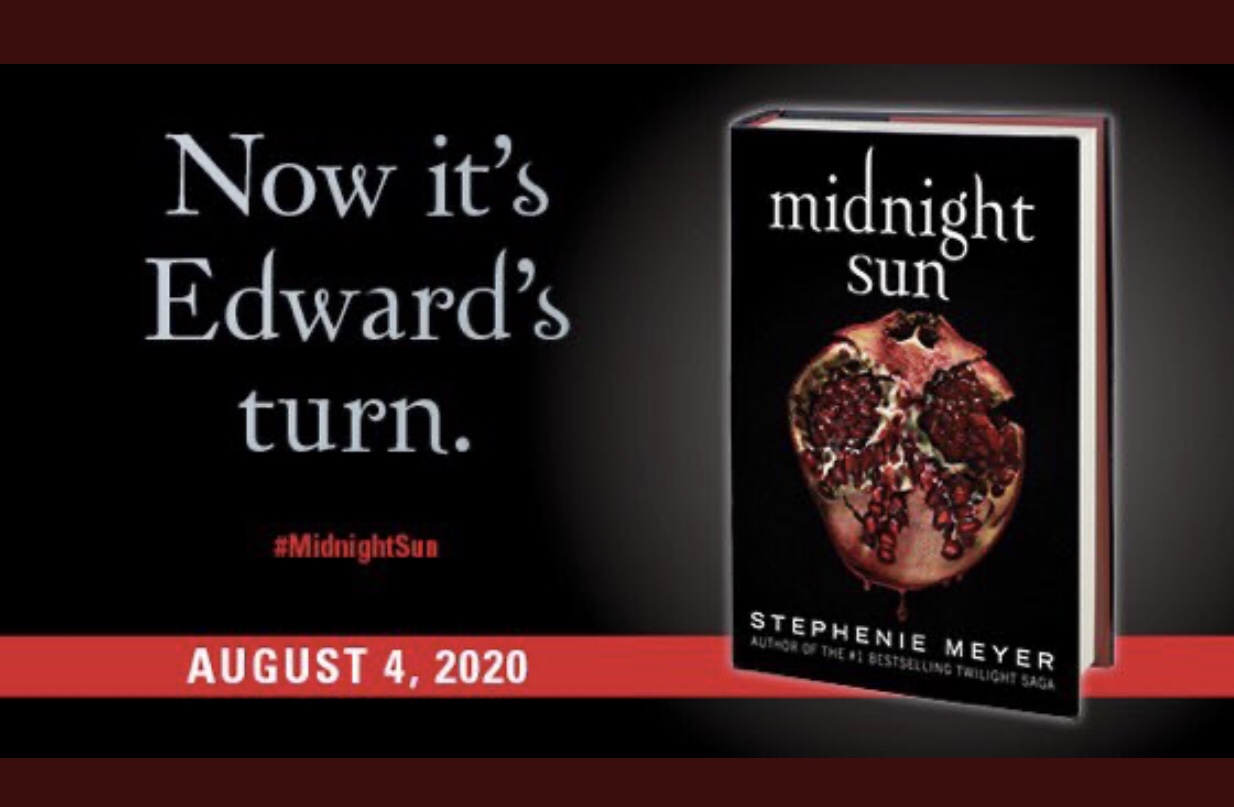 Now, onto the fun news with no set dates:

AMC has acquired the rights to all 18 books in Queen Anne’s The Vampire Chronicles and The Lives of the Mayfair Witches and plan to develop a television series. Y’all, I freaked when this dropped yesterday!! It’s no secret that The Lives of the Mayfair Witches is one of my all-time favorite series. I mean, I have the Mayfair Emerald tattooed on my back! Anne and Christopher Rice will be executive producing the series, so hopefully AMC will do them justice. I can’t wait to see what becomes of this!

Finally, also announced recently (I only say it yesterday), Uncle Rick will be writing an Irish Mythology series…eventually! In a blog post, Rick Riordan let fans know that he is finishing up a Masters in Gaelic Literature at University College Cork in order to ensure that the details and the mythology in his books are accurate. So, fear not my demi-god brothers and sisters, there is plenty more RR to look forward to!

That’s all that I have for now! I’m glad to be back with you, at least part-time. What do you guys think about all of this news??!! Is there anything else coming up that you’re excited about? Let me know!! 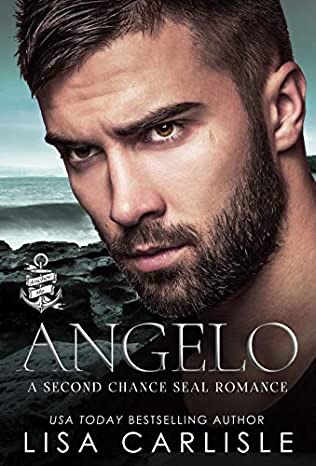 Catherine is a neuroscientist involved in a research project that someone wants her to stop. They’ve been sending threats and she’s been determined to continue her research anyway. Angelo is a SEAL having trouble recovering from losing a friend that he was unable to save. They both travel to the wedding of a mutual friend, looking to celebrate and get away from their stress for a bit. They never intended to run into an old flame. Angelo is set on making sure that Catherine is safe from whomever is threatening her, even if Catherine doesn’t want his protection. Can she protect herself from losing her heart?

I have been looking forward to another Lisa Carlisle book, and here it is!! I loved this book so much! As always, Carlisle’s characters were very well developed. I felt like I knew the main characters well enough to be friends with them and feel their pains and joys. There was enough heat to make this the romance that I was looking for and that always wonderful suspense that I love her for to keep me on my toes and glued to the book. I’m excited to see what happens in the next installment in this series!

Ses is back on her mission to keep the gods imprisoned, but the gods have learned a new trick: they can now inhabit humans from their prisons. Their latest human to inhabit? Ses’ own father. Ses has learned of an artifact that may be able to save her father and keep the gods in their prisons, but it could do the opposite if the wrong person were to have it and it’s already been stolen. Ses now faces a choice that could prove devastating. What will she choose? Will she be able to save her father and humankind from these murderous gods?

Y’all! Y’all!!! I’ve been waiting for this book since I finished reading Ungrateful God in 2017, and it’s finally here!! It was worth the long wait and definitely worth coming off of hiatus to tell you about! The world building and character development just keeps getting better in this series. This world is so imaginative and beautiful. The writing is absolutely immersive. I was so drawn into this book that I lost track of time. I believe that this is the best book of this series, so far. I was excited to find out that there is going to be one more book in this series, and I cannot wait to see how this series is going to wrap up! If you haven’t read this series, and you are a fantasy fan, definitely give this a look!

I hope that you all had a wonderful holiday season and are having a great start to the new year!

I feel that I owe you all an explanation as to why I suddenly went MIA. I started back to school full-time in the fall. I thought that it would be no problem to balance it, my full-time job, helping my husband with his school, and my reviews and everything. It turns out, I was wrong! So, while I’m working on my next degree the blog is going to be on a semi-hiatus. I will post sporadically, but there won’t be regular reviews and postings. I’m incredibly sorry about that, but I think I’m at a place now where I can at least begin to post a bit again, so I’m happy about that!

It’s Release Day for Rise of the Fire Witch, book one in the Stone Sentries-Boston series by Lisa Carlisle! 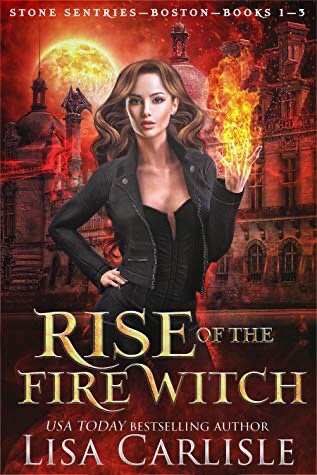 I’ll let you know what I think after I read it, and you can grab it for yourself today!!

This book has been on my Most Anticipated list since it was announced! If you like Sci-fi/action books, check this out!

Side note: If you’re in to audiobooks, Ray Porter is his narrator and he’s fabulous!!

Guess what: Book 10 in the Underground Encounters series by Lisa Carlisle is out!!!

After I escape hunters and arrive in good Ol’ Witch City, Salem, Massachusetts, I head to a gothic club to feed. But, the dumb-as-rock gargoyle bouncers kick me out. They’ve confused my scent with another demon’s.

But, I thought I was the last of my kind.

Not good. We can’t both hunt in the same territory, especially with his dangerous cavalier style. I track the incubus, but when I find him, Daron’s irresistibly devilish nature makes me rethink my plan. For just one night…

Will he want to play? Or consider me prey?

One night. One encounter. It won’t change anything, right?

Only it does, and it’s catastrophic. We’ve accidentally bonded.

Which means I crave him. Only him. And all the time. A sucky curse for a succubus.

How can we undo the damage without succumbing to the call–or worse, starving?

You can get it now!!