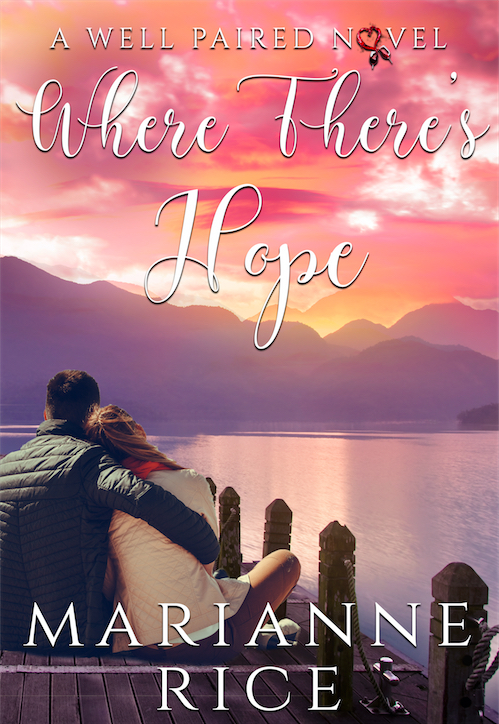 Hope and her daughter live a comfortable, quiet life in a small Maine town. It has been Hope’s safe place, until Cameron Smithfield arrives. He is a stranger to Hope, but she has hated him for years. Cameron, the man who killed her daughter’s father, the man that she loved, is in town and doing a wonderful job of becoming a town favorite.

Cameron had his life turned upside down the night that he killed his brother in that car accident. After serving his time, he is determined to make amends with his niece, and help in any way that he can. Her mother, however, won’t let him in. This isn’t the shocking part…What shocks him is what he is feeling for her.

Hope has hated Cameron from afar for many years, and now he has shown up wanting to be in her daughter’s life. She had no intention of letting him in at all, but suddenly she is having feelings that she never expected to have. When all signs point to him as the culprit, will she believe the evidence or her heart?

I swear, it is Marianne’s goal to make me in to a romance reader one series at a time. This is another great read from this author! It sucked me in by the second chapter, and before I knew it I was almost done with the book! The characters are all very well fleshed out, as I have come to expect. The reader can feel their complex emotions and inner turmoil as they are going through the process of figuring them out. The secondary characters are well rounded, as well, so maybe we’ll see some of them get their own books?? Anyway, if you’re looking for a fun romance read and/or you’ve liked her previous series’ definitely pick this one up! It’s the second in the series, but can be read alone with no problem. Enjoy!!!