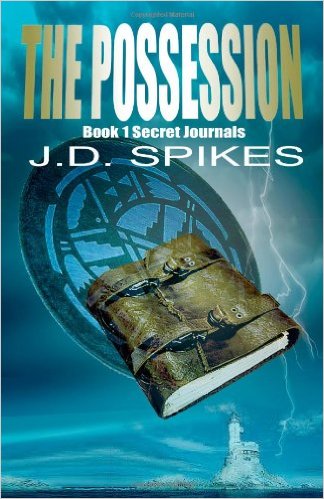 Daphne Wentworth is a tall, red-headed seventeen-year-old who is spending two months living at the Maine light house that her Aunt Dwill is the keeper of. She doesn’t have much experience in the dating area, as she has always been a bit awkward around boys. While helping her aunt prepare the light house property for the 200th celebration, she finds herself inexplicably drawn to Zach Philbrook. Zach is a local Micmac boy who works helping her aunt around the property. As they work alongside each other, the two teens find themselves drawn closer together. The closer they become, though, odd occurrences begin happening to the two of them. The spirits of their ancestors, Vincent and Ro, who were lovers generations before them have begun possessing the two of them in order to solve the mystery behind their deaths. This is not the first time that this has happened, but will they be the ones who will finally solve the mystery and allow Vincent and Ro’s souls to rest in peace?

The Possession brings us a brand new type of story in an incredibly hot genre! I love my typical paranormals as much as the next girl, but it is always fun to find a story that brings something new to the table, and this story definitely did that. The characters are easy to fall in love with, as they are well fleshed out fairly early in to the story. The world is well built, with a great back story, and you can tell that the author did her research well. The scenes are beautifully described, and easy to visualize. One of the things that I really loved about this book, though, is what it did not have. As someone who loves, and reads a ton of YA novels, I have noticed the trend shift to the majority of them having more mature or “adult themed” situations in them (which, for the record, I have no problem with!). I am not naïve enough to believe that teens are not aware of, or even involved in, some of these situations/behaviors. However, it is nice to read a beautifully written story that, while it did have some sexual overtones in a couple of the scenes, did not have any content in it that any parent would have to be concerned about their fourteen-year-old reading. In that regard, Spikes’ writing was a breath of fresh air. I can honestly say that I thoroughly enjoyed this story, and look forward to the next installment immensely!