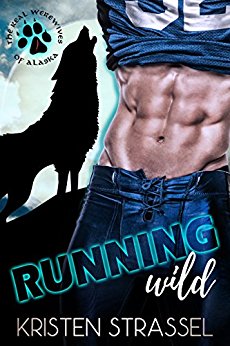 Series: The Real Werewives of Alaska

Sebastian Connall has spent the past seven years chasing his dream of playing professional football. That dream has now led him back to the one place that he has been running from: Alaska, the home to the pack that he was kicked out of. His twin brother warned him not to return to Alaska, but Sebastian isn’t about to let him ruin his dream for him. It is the only dream that he has, since he fears that his chance to find his mate was lost when his pack was.

Naomi Hart is all about her travel blog. She isn’t really looking for love when she agrees to go on The Real Werewives of Alaska. She’s just looking for the all-expenses paid trip that will amaze her blog readers. That is, until she meets Sebastian Connall…

Y’all, I have been looking for a new, fun PNR to spend some time with (and you know how I love my shifters!!), so I was super excited when Kristen contacted me about reviewing this book for her new series. This was exactly what I have been looking for! It was so much fun, and a quick read (I read it in one sitting!). The characters are all great. They are well developed, but there is still plenty of room for them to grow in later installments. The world building was lovely. I could clearly picture the Alaska towns that were being described, and I kind of really want to go and visit them. Strassel’s writing was dynamic and fun, and took me right back to my PNR home. I can’t wait for the next installment in this series to come out, because I know it is going to be fun as well!