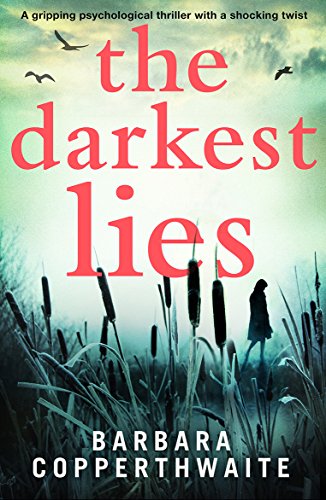 The Oak family appears to be the ideal, picture-perfect family: Melanie and Jacob have been together since high school. They have one daughter, Beth, who appears to be a lovely young lady, and a dog. They live in the same small town that Mel and Jacob grew up in, have a nice little home, and seem to be doing well for themselves. Everything seems great…that is until Beth turns up missing. When she is found, she is on the verge of death from a near fatal head injury, and lying in a frozen creek. She was supposed to be at her best friend’s home that night, why was she out on the marsh? Everyone knows everyone in this town, so why does no one seem to have any idea of what happened to Beth? Melanie becomes more and more frustrated with the police’s seeming inaction, and decides to try to get to the truth on her own. What she finds may be more than she bargained for.

This was a pretty entertaining psychological thriller. It was told from alternating viewpoints, but was done very well so it was not at all hard to follow. There were some fun twists along the way, to keep it interesting. It was easy to get a bit frustrated with Melanie at some points, as she seemed to be a bit daft at times, but I could get past that for the most part. I was able to figure out the major twists before they were revealed, but that is the case a lot of times as I read a lot of psych thrillers, so I don’t take much credit away from the book for that. The main characters were fleshed out fairly well. There were a lot of secondary characters, so it would have been a bit difficult to give them all a ton of attention, but enough was given that they were easy to visualize and give a voice to. The setting was well descripted, so it was easy to visualize while reading. Overall, I would say that this was a well written thriller; definitely above average. I would give this author another read.

*Thanks to Bookouture and Netgalley for the opportunity to read and review this ARC.